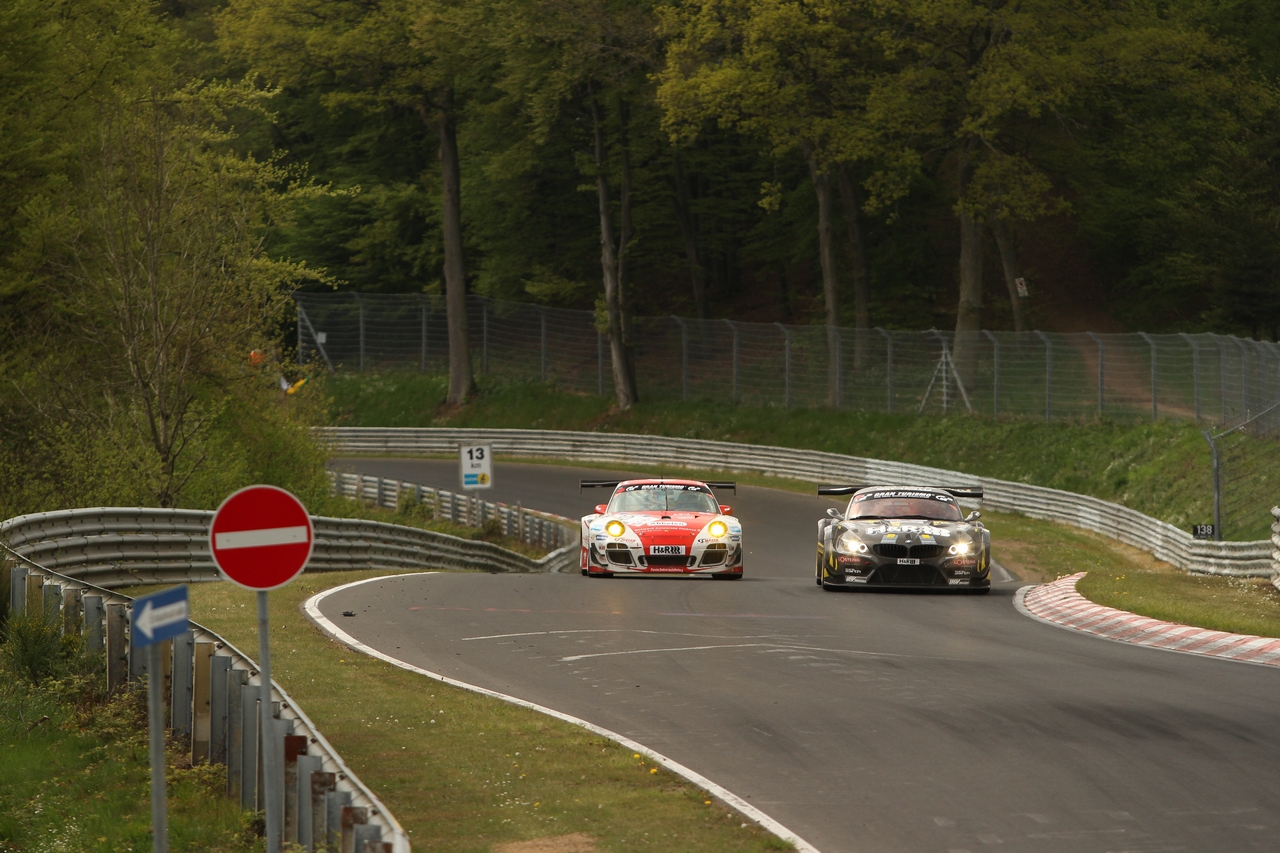 A sixth place at the third run of the VLN long-distance championship and anything but planned ending for both of the series cars production cars kept the Frikadelli-Racing Team on its toes.

Tactics often sound very complicated and depending on a lot of factors. For the Frikadellis the goal was a very simple one: with a strong field of competitors consisting of 24 vehicles in the big SP9 class the aim was to get over the finish line and naturally to get in the top 10. Patrick Huisman was doing the ground work during the training and with a 8:07,532 only the Nissan GTR of the GT Academy was able to take the pole position away from the Porsche GT3 R. 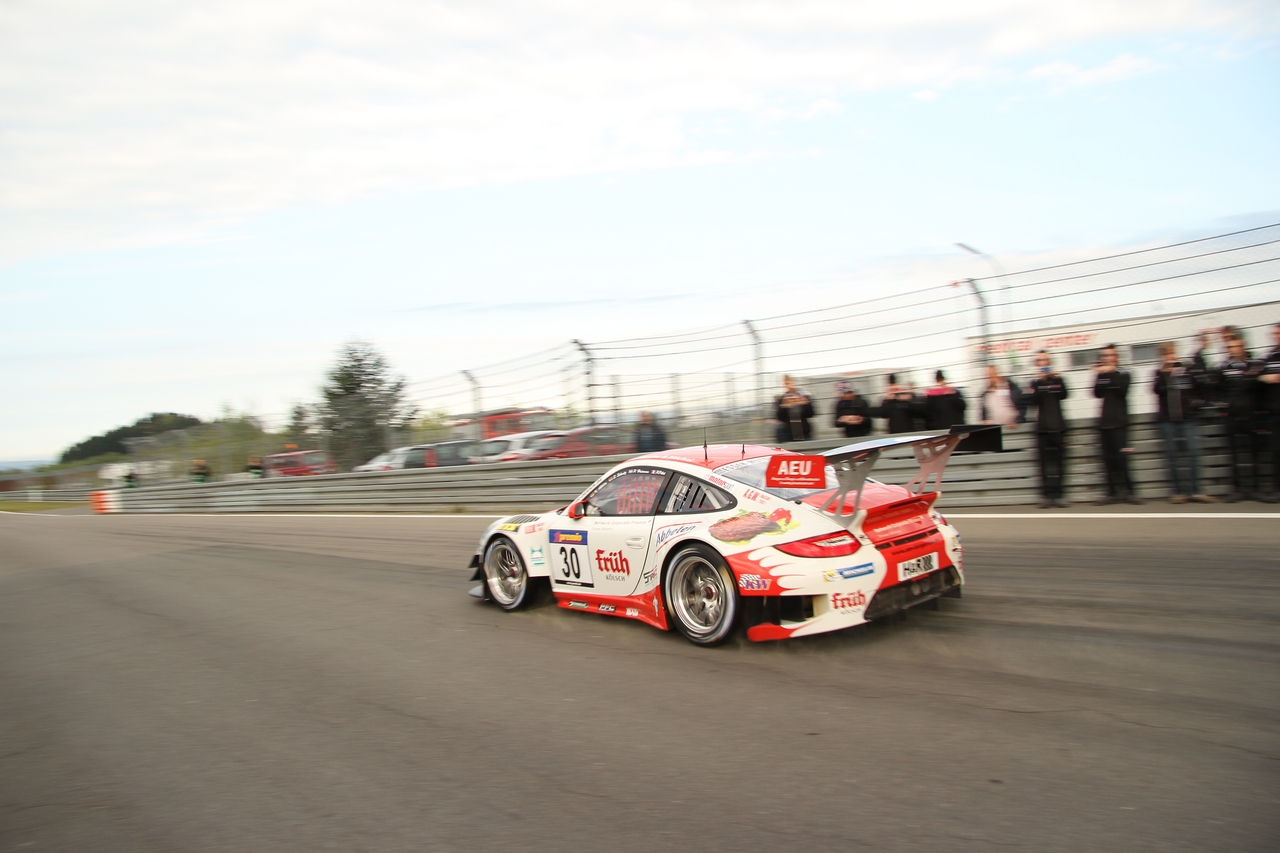 The first row in the starting grid was enough for Patrick to take the lead in lap one and to defend it until the first pit- stop after round three – all this with the BMW driver Uwe Alzen in high pursuit. Due to the early first stop the overall classification was muddled up but until the hand- over to Sabine Schmitz in round twelve everything looked good to achieve a podiums place. But as the Speedbee wanted to get started a mishap destroyed the ambitious aims: Sabine accidently undercut the minimum pitstop-time by 0,3 seconds. This mistake meant a drive- through penalty for the fastest Lady on the field and a “detention” in the pit lane. Even the spirited way of driving and thrilling duels against the overwhelming McLaren of the Dörr team didn’t change much in the end.

For the team manager Klaus the sobering endpoint came thus. He had prepared the season meticulous and hadn’t had a chance to show it. To be sure his lap times were in the rage of the fastest cars but the deficit couldn’t get reduced due to the unbelievable number of unfortunate amber phases. Therefore only a sixth place was achieved.

For the Porsche Cayman of the “J2 Racing” troop around John Shoffner, Janine Hill (both USA) und Antony Ashley (South Africa) the race was even less successful. In their first season the team was getting faster and faster with every race and the development work was paining off. In round twelve of the race the big bang – literally – happened. John Shoffner piloted the Porsche in section “Bergwerk” as he lost control over the car and collided into a guardrail together with an opponent. Fortunately all participants were in good health after a thorough medical exam. 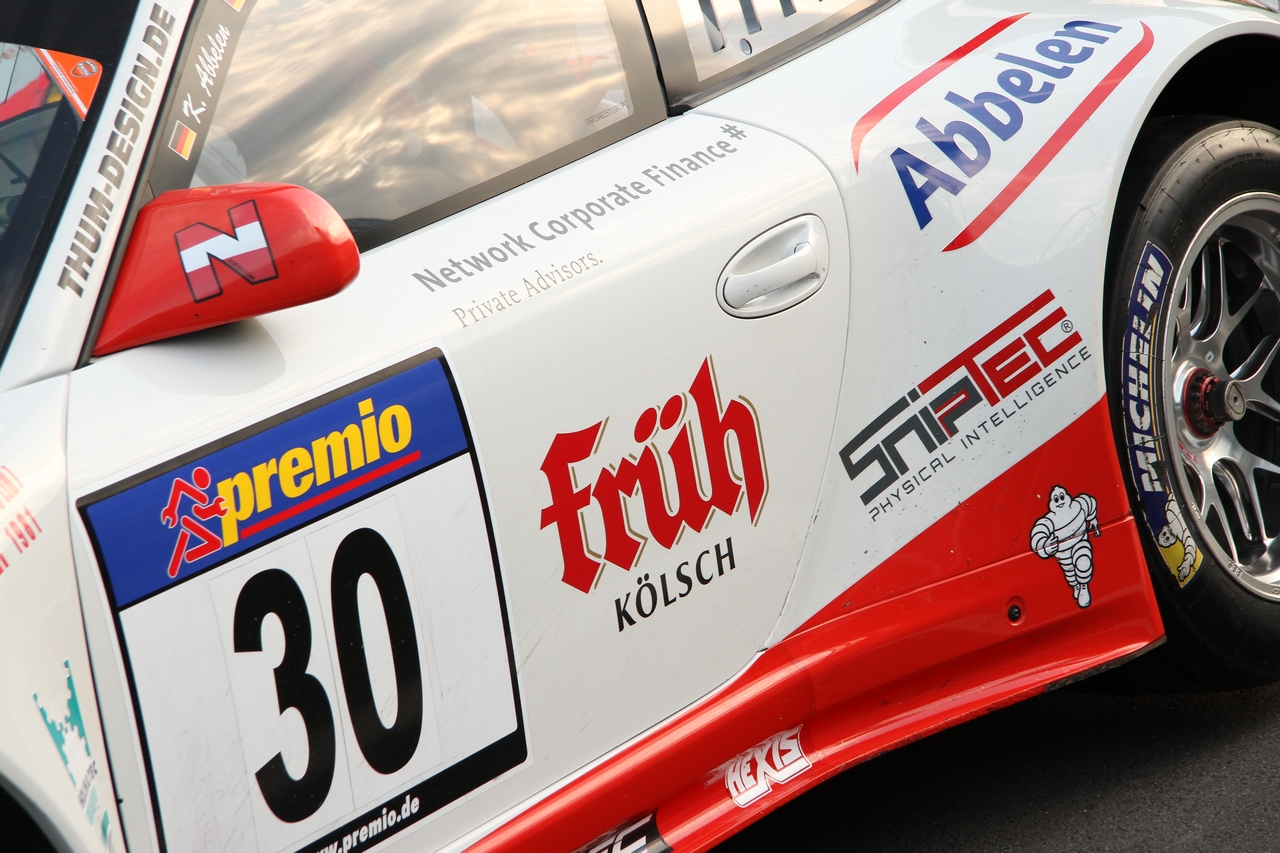 The Audi TTRS piloted by Thomas Leyherr (Dillingen) and Herbert von Danwitz (Tönisvorst) also had his fair share of drama during this race. After some changes at the suspension the drivers were already very satisfied with the indulgent driveability during the training and were looking forward to the time chase at the VT3 class. All went as planned until in round 12 the car was rammed through no fault of its own by an overzealous Aston Martin at 250 km per hour. Heavily battered Thomas dragged the Audi to the box, which needed a longer repair stop until the crew could dismiss the barely repaired car into the final phase of the race. “I didn’t had a chance to make more space and I was very lucky that no one was crossing my path as I was tossed across the runway. To get into the classification after all was conciliatory,” commented Thomas Leyherr after finishing.