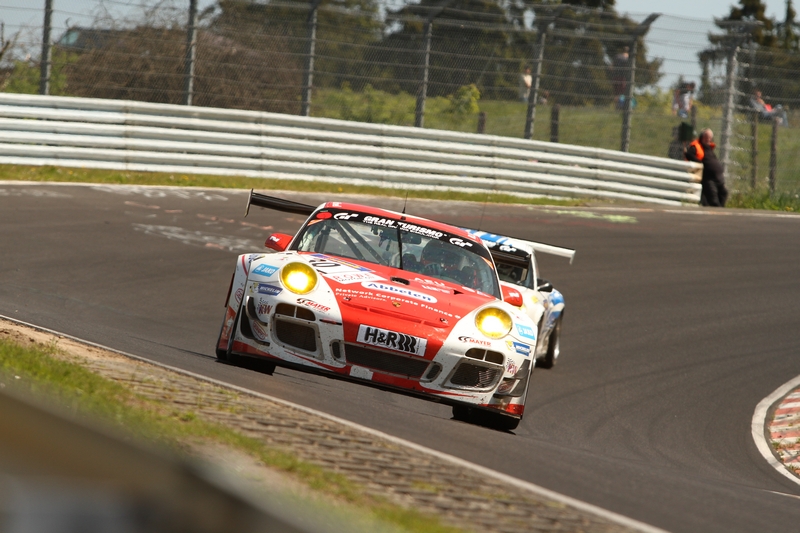 A third place doesn’t sound especially exciting but the person who had followed the ups and downs of this race probably couldn’t make sense of anything in the end.

For the Frikadelli- Racing Team it was actually the last test before the 24h race, once again the team wanted to test the Porsche GT3R thoroughly and naturally don’t risk anything. Surprises arose directly concerning the driver cast: alongside the regular drivers Frank Stippler (Bad Münstereifel) enriched the driver squad. Usually the motorist from Cologne is driving for the fast Audis from PHOENIX Racing, but they didn’t participate at the race due to other engagements. Frank was the first who was able to tackle the time- training and thanked the team in his own way by gaining the second starting position. There wasn’t much room for improvements thanks to long breaks due to the red flag.

As a result of this the beginning of the race was postponed a bit and was set at the unusual time of 12:15. The start was performed by team- manager Klaus Abbelen, but he gambled it away. Due to the unbelievable strong grid at the SP9 class for the GT3 vehicle Klaus chose a soft mix to hold the pack at bay – especially at the first curves of the Grand Prix track. The rather high temperatures of the asphalt right from the start baffled this plan, the tyres hit their limits quickly and Klaus lost the good position very rapidly. 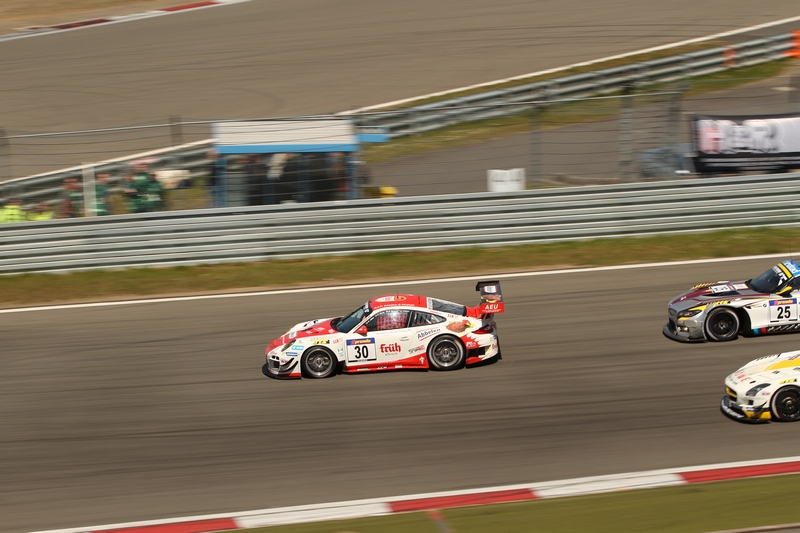 The team didn’t want to bury their chance to gain a good position from the start and reacted fast. An advanced pit-stop to change the tyres was supposed to put things right. Unfortunately the catastrophe began to loom exactly there: The official timing of the host was wrong while calculating the minimum pit stop time and so the Porsche had to take an additional holding time of 40 seconds. When the car reached the track it was sited at the shallows of the position table.

From now on Frank Stippler piloted the fasted meatball of the world and gained on speed. With excellent lap times he earned a better position round after round – but at this stage the race was only a last functioning test for the team. This time the delivery to Patrick Huisman in lap 12 was perfect and the minimum pit stop time was skipped by the race management centre. Patrick made a perfect job as well and drove with constantly fast lap times further at the top of the race. With the delivery to Sabine the race came to a sudden end due to the red flag. Reason for this was a severe accident in the area “Döttinger Höhe” which caused the race management centre to make this decision.

Due to the rule that the placement of the last round is taken at an abandonment of a race the team suddenly achieved a third place. Thanks to an early pit- stop at the beginning of the race they hadn’t used the long stop yet and the team were able to compensate at least some of the lost 40 seconds. 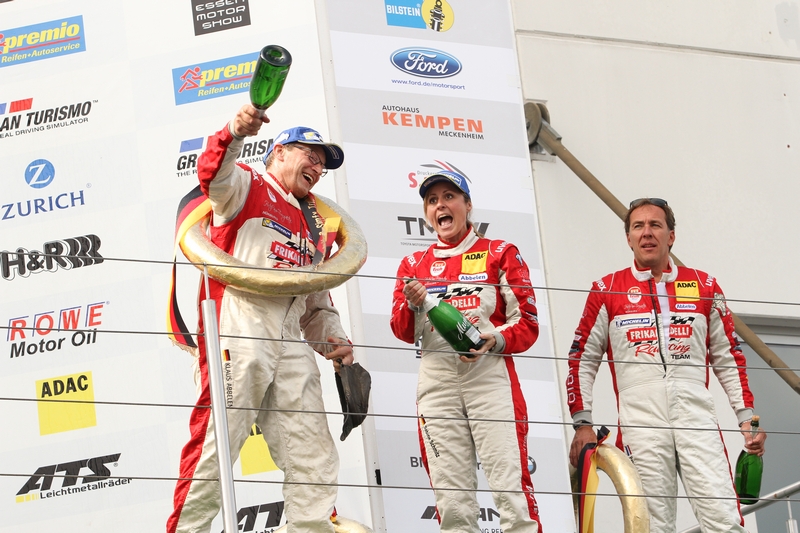 Klaus Abbelen seemed very satisfied, but found some critical words as well: “After the first pit stop nobody expected this result, but we showed that we function as a perfect unit and don’t give up. We are very happy in any case and are extremely excited about the upcoming highlight of the season – the 24h- race. However in some cases it was very alarming how aggressive some colleagues behaved on the track. Maybe the race management centre can bring themselves to introduce a concept with yellow and red cards, then some people have to stay at home.”

Frank Stippler thanked his unusual task force as well: “That we achieved such a good position is a really enormous result considering the huge competition today. But the car was perfectly prepared and the Frikadellis are doing a fantastic job. It was a great treat to drive here.”