Impressive 3rd place in a race with strong participants

On the 15th october the Eifel showed the participants of the 35th 250-mile race the cold shoulder. With temperatures not far from the freezing point the autumn showed the people he is there. But the autumn came with a cloudless sky and bright sunshine for the 186 starter of the 9th VLN championship. Perfect conditions for the team of Klaus Abbelen and Sabine Schmitz, who wants to attack this weekend with their Porsche GT3. The starter list with all this well known teams and drivers already promised that this race would not be easy.

The time training ended already with a big bang after Sabine managed to be on the 3rd start position and with a 8:14 she did the fastest time has ever measured for the Porsche. This showed impressively how positive the continuous development of the vehicle by team manager Frank Lynn and his crew, also at the end of the season, still affecting.

The race should be very exciting for the Porsche with the start number #30, which should this weekend like also in the race before only be driven by Klaus Abbelen and Sabine Schmitz. After the statt Sabine lost a few positions in the first laps, but continued with her excellent lap times through the whole race. The fans around the track could see some thrilling duels with the strong Manthey-Porsches and the Audi R8 of Phoenix Racing. After around one hour the change to team leader Klaus took part and he also continued with some excellent lap times. But the hunting for fast lap times got ended abruptly when the race got red flagged and stopped after a number of serious accidents at 1:23pm 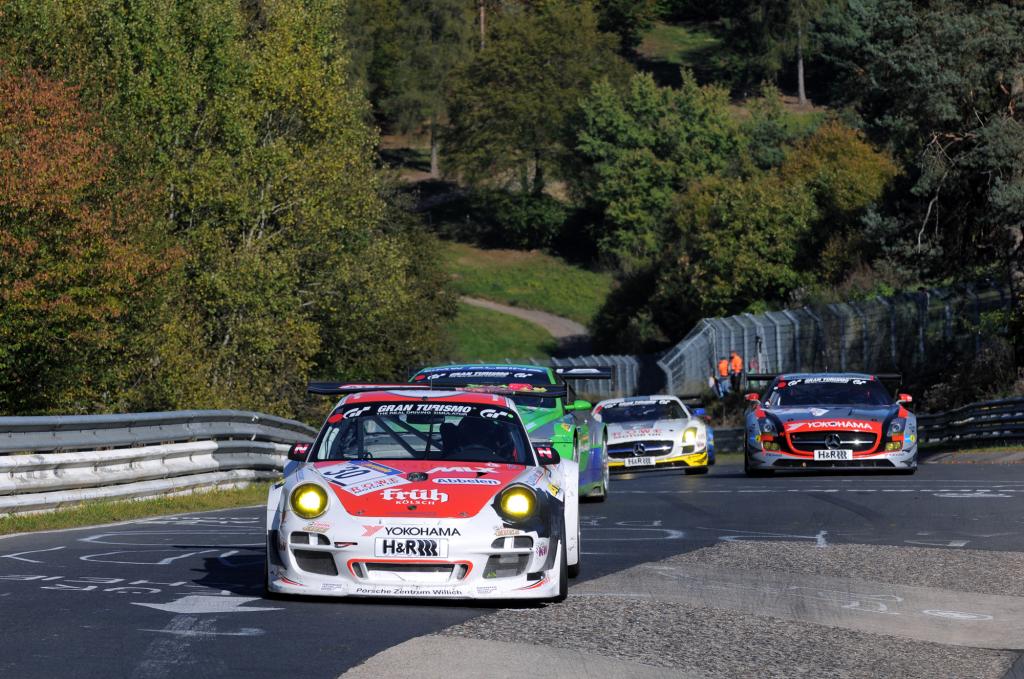 Experienced the car got prepared for the restart at 2:41pm with a new formation lap with Sabine behind the steering wheel. From now on it became opaque when it came to positioning in the final resaults. With still very fast lap times in the Frikadelli Porsche no one could exactly tell how it would look after the addition of the resaults from part one and part 2 of the race. With a 8:17 in her fastest lap Sabine passed the car to Klaus Abbelen, who should drive the car until the race finish, at around 4pm . Only for a short Splash & Dash Klaus came back to the pits before the race got flagged at 5:24pm. As a little surprise the GT3 R finished 3rd after the addition of race 1 & 2. Once again Frikadelli could prove that the right strategy and the constant good lap times are always perfect for a good result in the end.