"When you look at the sky at night,
it will be to you as if all the stars were laughing,
because I live on one of them,
because i am laughing at one of them.
You alone will have stars who can laugh."
(Antoine de Saint-Exupéry)

Sabine was the soul of the Frikadelli Racing Team and will always be in our hearts in the future. Despite a long, cruel fight against cancer, she never lost her laughter and joie de vivre until the end. Day in, day out, we fondly remember the wonderful time we spent with her.

As Klaus Abbelen's life partner, "the Queen of the Nürburgring" was part of the Frikadelli Racing team from the start. The daunting Nürburgring Nordschleife was her second home. She grew up in the race track’s immediate vicinity and got to know the most famous racing drivers as guests in her parents’ hotel "Am Tiergarten”. As soon as she could grab her mother’s car’s steering wheel, she tackled the Nordschleife and started to hone her unmistakable talent.

In 1990, she entered her first competitive series, the predecessor of the Circuit Challenge Nürburgring. In her debut season she won three races and repeated this feat in her second year. At the same time Schmitz proved to also be fast on other tracks than the Nordschleife, winning the Ford Fiesta Mixed Cup’s Ladies category. In 1992, Schmitz won the overall championship along Thomas Marschall.

Despite her appearances in the South African Touring Car Cup 1995 or Brazilian sports car races 1999, the Nordschleife was Sabines favorite stomping ground. She competed in the Langstreckenmeisterschaft (VLN) and the 24-hour race, which she sensationally won in 1996 as the first woman ever. Sabine repeated this victory in the following year; in 1998 she triumphed in the VLN overall standings – again as the first woman driver.

In the following years, Sabine was mainly known for her fearless rides at the „Ring Taxi’s" wheel. Thousands of enthusiastic passengers had since witnessed her skill and learned what fear is. She completed more than 30,000 laps on the most beautiful and demanding race track in the world.

It was at the wheel of the Frikadelli-Porsche 911 GT3 alongside Klaus Abbelen that Sabine returned to the VLN and the 24 hour race. The starting shot for another successful time with many great, unique moments - including some overall victories and podium finishes. Her guest appearance in the World touring Car Championship WTCC attracted world-wide attention when she drove a privately-entered car to a top-10 result on the Nordschleife.

Besides was an enthusiastic helicopter pilot and horse rider, Sabine has won the attention of a global TV audience, presenting several car magazines and appearing as special guest in British cult format "Top Gear”.

In her free time, Sabine also worked wholeheartedly for children and animals in need and actively supported aid organizations, such as Tierhilfe Angel da Relva e.V. In Sabine's sense, donations are still welcome at: www.tierhilfe-angeldarelva.de. 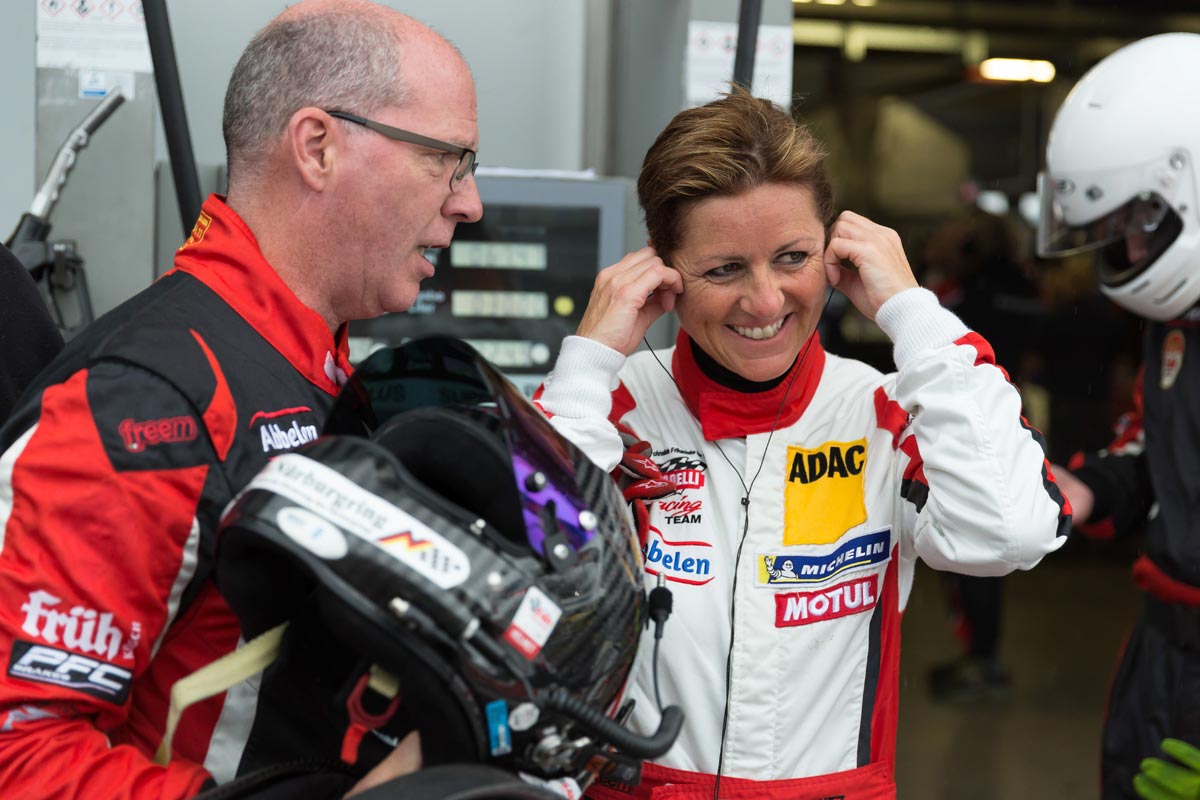 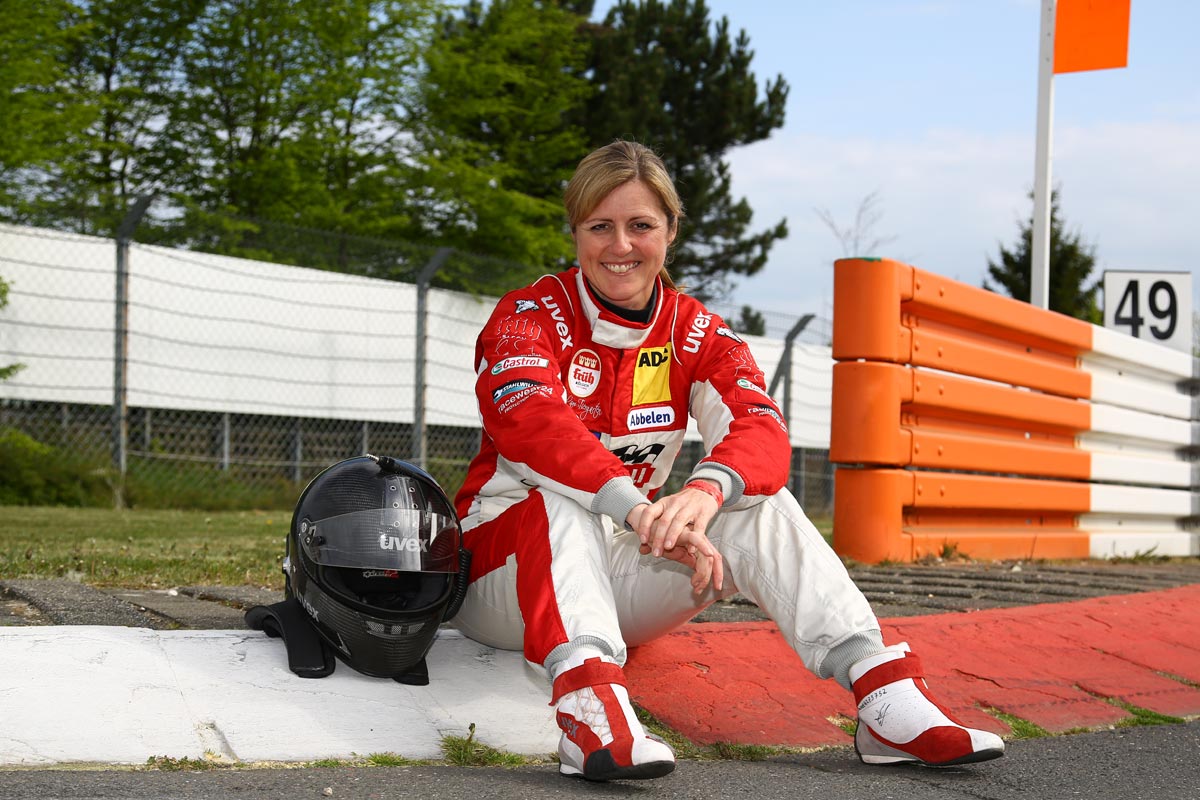 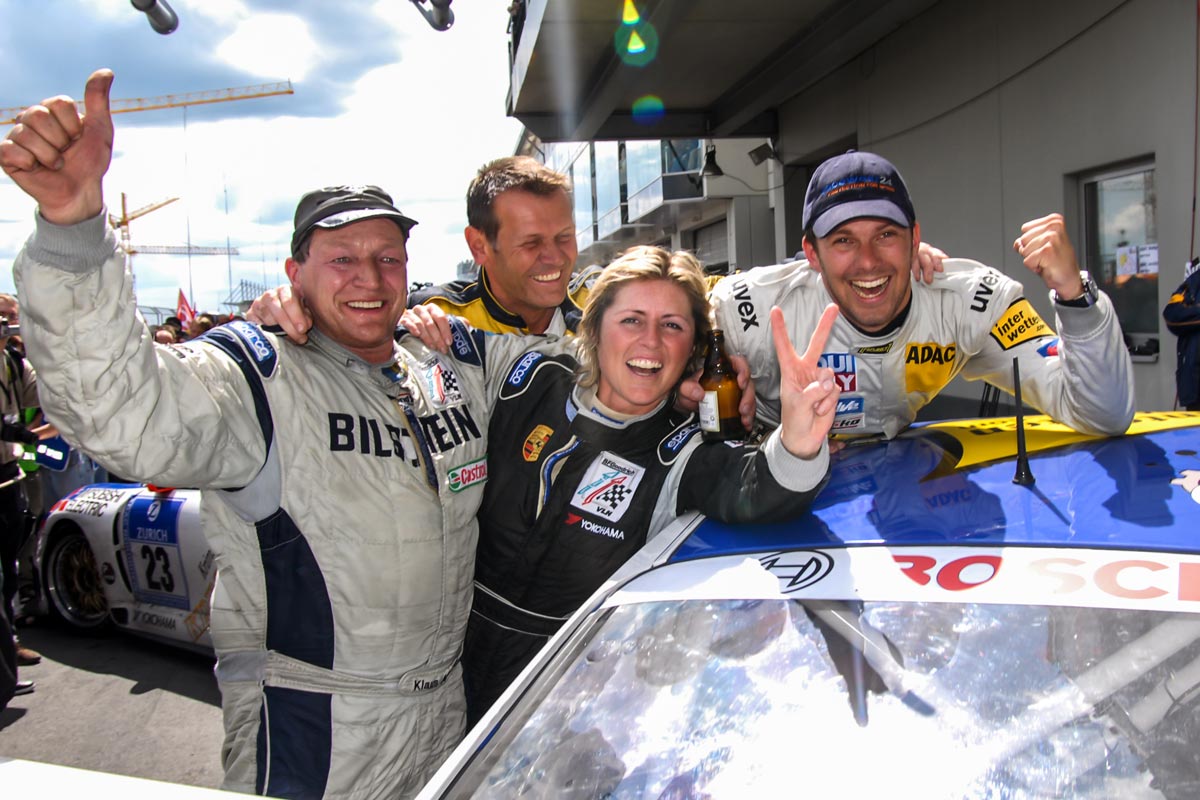 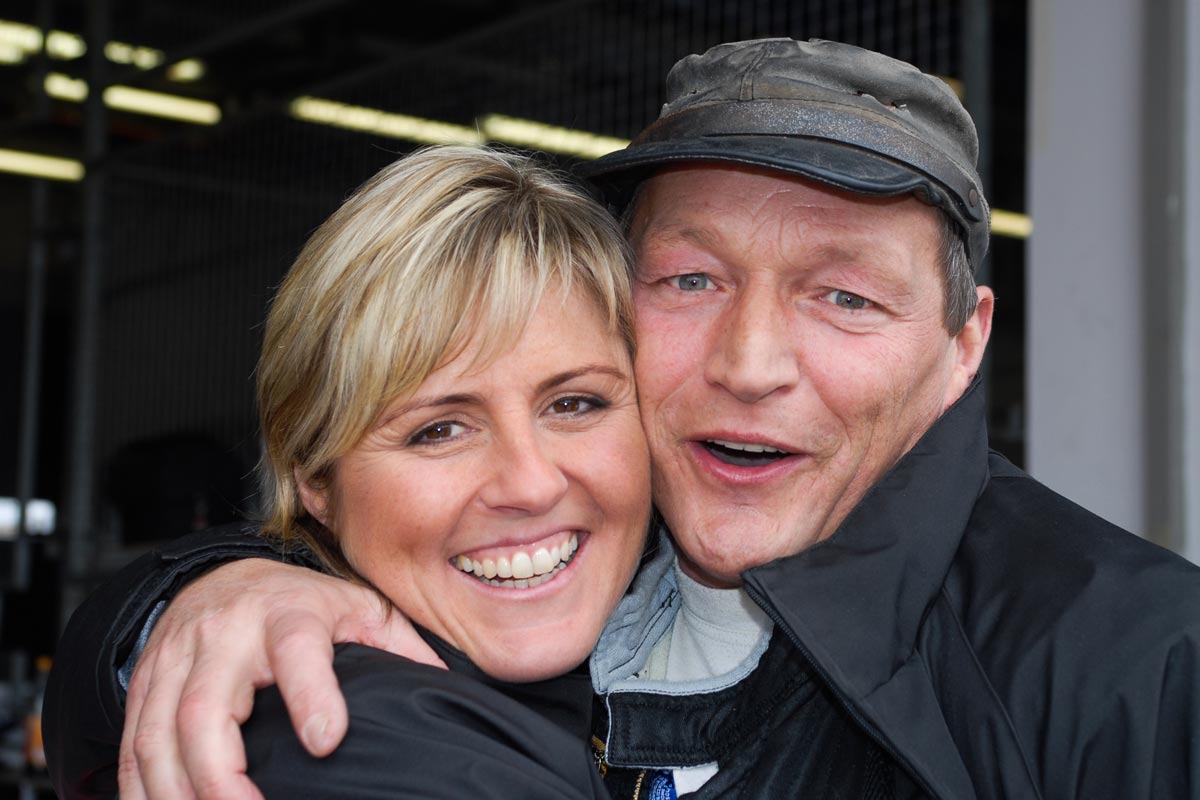